Genesis House is a shelter for women, established by Freedom Foundation, to provide decent accommodation and the chance for rehabilitation and reformation to displaced, homeless women including former commercial sex workers. The initiative is designed to proffer an effective and lasting solution to the alarming and growing trend of prostitution among young females in Nigeria, especially in Lagos state. Genesis House recently became a safety net to Nigerian deportees from Italy.

Despite the effort of the NAPTIP Agency, various international bodies and NGO's to create awareness of the risk and exposures faced by repartees' as well as provide support to them, it has become obvious that the fight against this societal degradation is still a running battle which we at Freedom Foundation will continue to fight.

Would you like to get involved at Genesis House? Do you know a young woman who is in trouble? Are you interested in supporting Genesis House with either cash or in-kind contributions?

Interesting article on Bella Naija pondering how women can be both independent and submissive.
Posted by Ore at 12:17 pm No comments:

Follow the conversations:
Free and open to the public: Live video and audio-only streams will be available starting at 19:00 (EST) with archived video available after the event

Learn more about the conference: cyber.law.harvard.edu/events/2009/09/idrc
Posted by Ore at 11:14 am No comments:

Two award winning writers, Toni Kan (Nigerian) author of Nights of the Creaking Bed and Doreen Baingana (Ugandan), author of Tropical Fish will talk about Eros and Desire in both their work and in African writing.

Increasingly, contemporary African fiction explores aspects of everyday life as a theme, including the previously taboo areas of love and sex. What does this mean for the changing nature of African literature and African society? Do books such as Nights of the Creaking Bed and Tropical Fish represent a more progressive and open relationship to African realities?

All this and more will be explored in what will prove to be a fascinating dialogue between West and East Africa.

Space for only 45 people, so prompt arrival is highly recommended.

The male response to the Vagina Monologues? Or the world through the eyes of men?

Well, check it out

Written and directed by Wole Oguntokun

Email ThisBlogThis!Share to TwitterShare to FacebookShare to Pinterest
Labels: Arts, Theatre at Terra 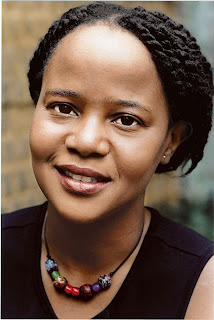 Haitian writer Edwidge Danticat has won the MacArthur Foundation 'Genius Award', which comes with it $500,0000 for the winner.

Danticat is one of 24 winners of this year's fellowship, which seeks to reward "creative genius and potential." 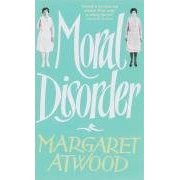 What a productive evening I had yesterday. After being dead tired for the whole week and finding myself less-than-productive at work, I made good on my promise to get an early night's rest by actually doing so.

As soon as I got home, I pulled down the window blinds and climbed into bed and slept for the next 4 hours, after which I woke-up and finished Moral Disorder by Margaret Atwood.

I have to say that, aside by the fact that Margaret Atwood is the author, the other thing that drew me to this book is the title. I felt slightly (and rather proudly) reckless carrying a book with me entitled "Moral Disorder."
Posted by Ore at 3:56 pm No comments:

This takes place over the weekend (Saturday, September 19) at the Goethe Institute, 4PM.
Posted by Ore at 3:50 pm 1 comment:

If you are into (or more accurately, trying to get into) healthier eating like myself, you might like the Clean Eating website, which promotes eating natural foods and "lean and light recipes" (I love that).

Planning in going to the gym this evening, but I'm dead tired and have been all day (when will this indiscipline of routinely sleeping well after midnight stop?). I want to try a strength-training class, which starts at 7PM. This class starts when I'm leaving the gym, so I was planning on working a bit late so that I can get to the gym in time for this class.

The Issue of Marriage

I discovered this lady's blog earlier this year - I'm not sure if I blogged about her already.

She has given herself a year to find her husband. Starting from this January, Neenah (that's her name) has thrown herself into a committed schedule of dating and introductions through speed dating, blind dates, online dating, and going to all the places where the men are (sports games, church, etc.). So far, she hasn't found her Mr. Right but it has been interesting reading her journey.

In this post, she shares her experiences speed dating. As someone who does not do vulnerability and intimacy very well, I commend her courage in opening up herself to the world. She set up the website and blog to not only share her dating travails with the world, but more importantly to provide a forum for her to meet more men (you can schedule dates with her or recommend someone) and get direction and guidance from the public.

If she doesn't meet her husband this year, Neenah plans on taking a break from dating in next year. And you all know that is when she'll meet him, right?

On a slightly different but related note, I caught a segment on Today on STV this morning before I left for work. A lady was promoting her NGO which she set up to provide marriage counselling to young married women. It's great for women to have spaces for advice and support, but the mantra being promoted was the same old thing we hear: women must learn to submit to their husbands (what happened to the part about submitting to each other?); choose an undemanding career so that you have more time for your family; divorce is unacceptable in all conditions (though separation for a period is fine until you come to your senses and return to your husband). Ack! I can't get into it all. I don't have that kind of energy anymore....
Posted by Ore at 1:31 pm 4 comments:

Email ThisBlogThis!Share to TwitterShare to FacebookShare to Pinterest
Labels: Marriage

A Perspective on Contemporary Nigerian Photography

This is an exhibition on contemporary Nigeria by Nigerian photographers, including: Sunmi Smart-Cole, Don Barber, Kelechi Amadi-Obi, TY Bello and Mudi Yahaya.

The Essence Appears To Be Lost 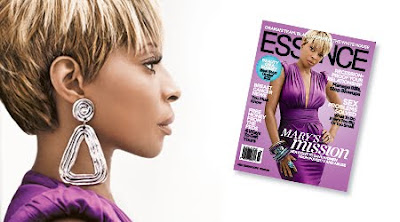 I have written frequently about my love-hate relationship with U.S. Essence magazine. I started reading it when I was in England and was thirsty for images that looked like me. I stumbled across Essence in March or April of 1997 (the issue with Toni Braxton on the cover). The magazine was much thinner than the bumper issues of Marie Claire, SHE and Cosmopolitan that I was used to reading at the time, but I loved poring over the beautiful images of black women.

Maybe I have been romanticizing the content of the magazine, but it seems like there is a lot less weighty material contained within its pages these days. While women’s magazines are generally considered to be light reading with themes revolving around fashion, relationships, body image and sex, the last couple of years seem to have seen a recycling of the same articles but with different titles and the names changed. So, we now have an endless stream of articles about dressing to accentuate our best bits, finding the man of our dreams, losing weight and staying healthy and whipping up a meal in minutes (the August issue included such a tired and flogged-to-death issue of why black women hate on each other).

In each issue, we also get to find out what men’s thoughts on what qualities they like in women, what they like to see women wearing in bed and out of it, how we can better please them in bed and so on. So even though the magazine’s slogan is “Where the Black Woman Comes First”, it doesn’t always feel that way to me.

Essence has stated a commitment to see African-American woman more financially-secure and independent and consequently each issue features the ‘Work & Wealth’ section devoted to saving, earning more income and making your money work for you. But while we’re learning to accumulate wealth, the cost of the clothes featured in the fashion spreads doesn’t exactly encourage financially-prudent behaviour. Notwithstanding, I still enjoy reading about the women profiled in this section and picking-up career tips from this section.

Each issue features one major celebrity interview, which – unlike the more exploratory character pieces of publications like Vanity Fair – are puff pieces kissing the said subject’s ass. I can’t remember when last any of these interviews told me something I didn’t already know about the star. 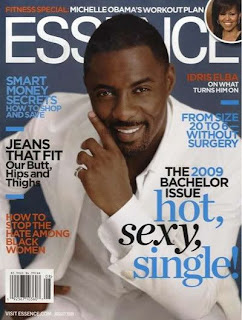 The August issue featured leading man Idris Elba on the cover. Although I was a huge fan of The Wire and Mr. Elba’s acting skills, I did not enjoy the article in anyway. I already knew going in that nothing new would be revealed to me. However, I was hoping that the ride would be pleasant enough. Instead, we were treated to a 6-page spread all though which the writer drooled over the – admittedly handsome – actor and counted the number of their future children. Even when we were reading about his experiences talking to young British children about the evils of drugs or his now iconic role of Stringer Bell, we are doing this through the writer’s clearly star-struck eyes. The constant references to his sexiness, alpha male masculinity and great body quickly get old, even for a fan like myself.

I am always bothered when I read articles about women that focus more on their physical appearance than anything else. However, I found this reverse case equally offensive perhaps even more, because a similar article by a man, which played-up her good looks, lingering on the swell of her breasts and her ample behind, would not have been received so eagerly by many women.

So if I have so many complaints, why do I keep reading it you might ask? Well, I continue to have the hope with each issue that THIS will be the gem that I’ve been longing for with the thoughtful and inspiring articles that stay with me for months to come.

I realize that it is impossible to ask one magazine to be so many things to so many different types of women, but I can’t see that most would complain at the inclusion of a few more hard-hitting articles that really dig deep into women’s experiences and thoughts on the economy, politics and culture.
Posted by Ore at 4:19 pm 2 comments: